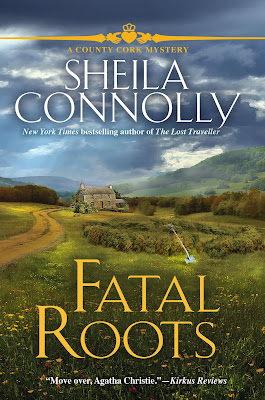 Wow, has it been one weird summer!

I'm Susan Jenkins, and I'm definitely the new kid here, and it's all my mother's fault. First of all, my mother got a new job, but that was because her boss was murdered in Ireland, where he was buying a new hotel to add to his big chain. So Mom was over there to help with the hotel and then he got killed, and the board that owned the chain decided to give her a shot at making the hotel better and more successful. I guess they were happy, because they gave her a long-term job and told her to fix things up in a couple of months.

I would have been happy to stay home with my Dad over the summer, but Mom thought I should see Ireland—and meet the half-sister she’d never bothered to mention, along with a first husband who had died years ago in Boston. She didn’t admit to daughter number one, Maura Donovan, who was ten years older than me and was running a pub in a tiny town in West Cork, until she got back from Ireland. Talk about a shock!

But Mom seemed pretty determined, and I didn’t have anything else important to do, so I agreed to go with her. Okay, I was curious—who wouldn’t be? But Mom hadn’t figured out the hotel stuff would keep her busy, so it was more or less up to Maura to entertain me. At least she had one person, Rose, working at her pub—Sullivan’s—who was pretty close to my age, so I could hang out with her. And then somehow Rose and I got roped into helping to build a kitchen onto the back of the pub, so they could serve food. And then a couple of university students came into the village, which was even better.

Until one of them kind of disappeared, and then Maura found a body on her land up in the hills, and what some people have been calling a fairy fort. Seems finding bodies happens a lot with her, not that it’s her fault. And this one turned out to be kind of personal.

Ireland is a lot more interesting than I thought it would be! Wonder if Mom will let me come back and work at the pub? 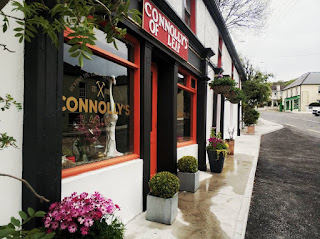