Yeah! Summer is in full swing!  Time for swimming and barbequing and reading!

These are our news releases for July 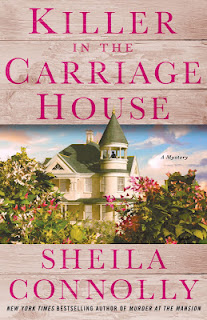 After fifteen years away, Kate Hamilton never expected to end up back in her hometown of Asheboro, Maryland full time. And she definitely didn’t expect to be leading the charge of recreating the town as a Victorian village and tourist attraction. But as unexpected as the circumstances are, Kate is ready to tackle them.

The town, on the other hand, is going to take some convincing. Ever since Henry Barton’s shovel factory closed down, it’s started to seem like there are more tumbleweeds than tourists rolling down Main Street. Kate’s ideas are good, but ambitious―and her friends and neighbors are worried that finding the money for them would push the town even further into debt.

Luckily, Kate and the handsome historian Joshua Wainwright are two very determined people who may have come up with a solution. The Barton mansion, meant to be the centerpiece of the Victorian village, has proven to be a veritable goldmine of documents about the town’s nineteenth-century history, and Kate is convinced the papers hide something of value. When a dead body turns up in the town library―mere hours before the documents were meant to arrive there themselves―Kate begins to worry that the papers spell danger instead of dollars. It seems that someone doesn’t want these forgotten secrets coming to light, and they’ll do whatever it takes to keep Kate quiet… 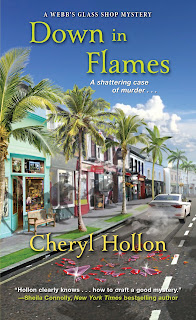 A fatal hit-and-run in front of Savannah Webb's glass shop proves to be no accident.

A highlight of Savannah's new glass bead workshop is a technique called flame-working, which requires the careful wielding of acetylene torches. Understandably, safety is a top priority. But as Savannah is ensuring her students' safety inside, a hit-and-run driver strikes down a pedestrian outside her shop.

The victim is Nicole Borawski, the bartender/manager at the Queen's Head Pub, owned by Savannah's boyfriend Edward. It quickly becomes clear that this was no random act of vehicular manslaughter. Now the glass shop owner is all fired up to get a bead on the driver—before someone else meets a dead end. 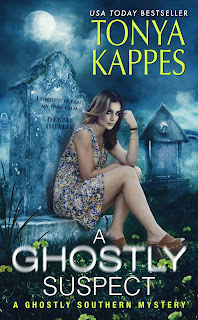 A funeral, a ghost, a murder . . . It's all in a day's work for Emma Lee Raines . . .
especially when the ghost turns out to be someone very dear to her heart. Debbie Dually, psychic and friend who has guided Emma Lee since the she was bopped on the head from a falling plastic Santa, local undertaker Emma Lee Raines is told she's suffering from “funeral trauma.”

Debbie Dually is the one who informed Emma Lee that she wasn't crazy, she was a Betweener, someone who can communicate with ghosts with the not-so-dearly departed. In fact, she told Emma Lee how she was the only one that could help solve their murder to help them rest in eternal peace.

This time Debbie Dually finds herself needing Emma's help. This means solving her own murder.
Emma goes deep undercover as a fake psychic in order to see into the past and help Debbie cross over. Emma Lee doesn't realize this opens up a whole can of new Betweener clients that refuse to leave her alone.

When Emma Lee is tagged as the number one suspect in Debbie Dually's death, her handsome state trooper boyfriend, Jack Henry, has no choice but to come back to Whispering Falls and get to the bottom of what is going on before it's too late and Emma Lee goes to the state pen for a very long time. 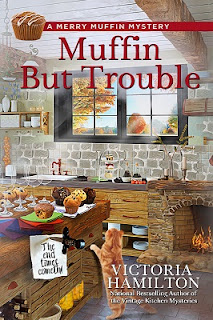 In the new Merry Muffin Mystery from the author of Muffin to Fear, baker Merry Wynter must confront a spiritual guru who may be up to something far from heavenly . . .

With plans for a new performing arts center at Wynter Castle taking up all her time, baker Merry Wynter has been all but unaware of the fringe group compound near her small town—until a street preacher accosts her with taunts of doom and damnation. Worried that some of her close friends may have been lured in by the group and its charismatic leader, Merry begins digging into the ministry—and soon suspects they may have ties to the recent death of a young woman and the disappearance of many others.

With her rebellious teen friend Lizzie at her side, Merry steps in to confront the eerily submissive community and its misguided members, skeptical of their supposed spiritual leanings. When another young woman vanishes and Merry realizes the lives of people close to her are at stake, she will stop at nothing to uncover the group’s sinister secrets before the murderous ministry can strike again . . .