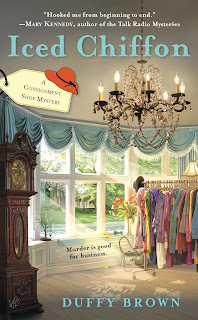 Ever wonder where’s the best place to set a mystery? I think it depends on the story. New York is the place to set a book on fashion or finance, LA is the best setting for stories about the movie industry, Nashville gets the nod for stories about music, New Orleans has their vampires and Savannah is the perfect setting for a murder mystery series.

Savannah is a city where the spirits of the long ago departed still linger in sultry streets and moss-drenched cemeteries. Okay, even if you don’t believe in ghosts the homes, B&Bs, restaurants, bars, town squares where people met their end are still there. The city is built upon its dead.

Savannah's Historic District, the largest in the country and you cannot walk more than two feet without passing over a dead body because Savannah's dead aren’t just in the cemeteries. 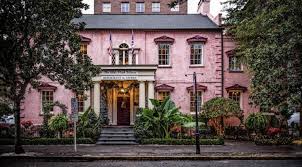 Hundreds of victims of the Yellow Fever epidemics of the 19th century lie in mass graves that were never marked. In 1820 there was a huge fire that burned over four-hundred homes. Many of the homes were rebuilt and some of the old occupants are still hanging around trying to get out of that fire. Talk about local color.

The Old Pink House is one of the city’s best restaurants with shrimp and grits so delish it makes a grown man cry. But in spite of the incredible food things have not always been wonderful. James Habersham Jr. built the house in the 1700s and hung himself there because he was distraught over his wife’s death. That’s terrible for sure but what is even worse is that he hasn’t left. 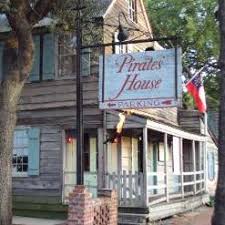 Servers say Habersham is a bit of a neat freak and likes to straighten table settings and put chairs in their proper place. And he’s not alone, his whole clan still hangs around. His kids like to lock ladies in the downstairs bathroom. Like I said, you may not believe in ghosts but I bet if you got locked in the bathroom you’d be a believer.

Then there’s the 17hundred90 Inn the oldest inn in Savannah. In the 1700s Anna Powers fell in love with an English sailor while staying at the inn. They married but something went wrong and Anna jumped to her death from room 204. Couples staying in that room write down their experiences…and I’m not talking amorous experiences…in a notebook on the bedside table. If you manage to make it through the night you celebrate with a  peach martini. Personally I’d be on Prozac. 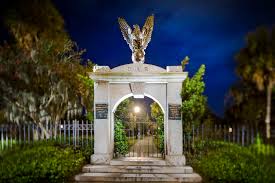 Then there’sthe Kehoe House that is now a B&B.  In the 1800s twins died while playing in one of the house's massive chimneys and guests who stay in rooms 201 and 203 still hear the kids playing.

I love the Marshall House. It was used as a Union Hospital during the unfortunate Northern Aggression. When they were rehabbing the place bones were found in the basement where they did the amputations.  While staying there cell phone go off in the middle of the night, the keycard works then doesn’t and the clock alarm sounds withoug anyone setting it. 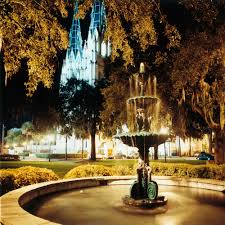 No one really knows for sure what’s going on in Savannah but something is afoot. I love the city and it’s the perfect backdrop for tooling around in a ’57 red Chevy convertible, walking Bruce Willis…the other Bruce Willis…in the parks, eating sandwiches at Parkers or Zunzies and having drinks at Abe’s on Lincoln.

So you see, this is why Savannah is a great city for murder mysteries. It’s has tons of history and a lot of dead people already there. Hope you get a chance to visit and check this all out for yourself.