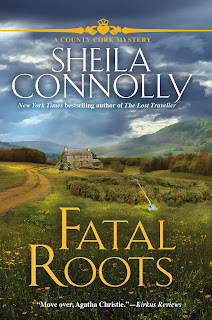 Sometimes I worry when nothing is going wrong. Remember me? Maura Donovan? I run that small pub on the main street in Leap, which is a small village in County Cork. I moved here from Boston more than two years ago now and planned to stay a week, and I’m still here.

And the pub is still standing and even making a little money, or at least enough so I can pay my staff. That’s kind of a miracle since I didn’t know anything about running anything when I showed up (well, I did know how to pull a pint, but it takes more than that to run a pub). But I’ve got a great staff—Mick Nolan, and Rose Sweeney, plus a couple of part-timers) who knows a lot more than I do, and we’re muddling along. We even added live music not long ago, and that’s been fun, though we’re still trying to figure out how to advertise who’s going to be performing. (Note: I’ve never had a computer in my life, and I don’t know squat about the Internet, so I don’t know how to advertise—I let Rose do that.)

Now it’s the kitchen that’s front and center. Yes, there was a kitchen when I showed up, but we didn’t use it, and then somebody got the bright idea to expand it and start serving food to our customers. Nice idea, but I don’t know how to cook. But my employee Rose Sweeney does, and she’s even taking classes. So we stripped out the old kitchen and we’re still arguing how to replace it.

Did I mention that the mother I’d never met when I was a kid showed up in Ireland not long ago? After we’d kind of solved a murder, she’s taken over upgrading the fancy hotel on the edge of Skibbereen, so she’s around more. This past visit she brought her daughter Susan, who’s sixteen. She’s a good kid, even though it took both of us a while to get used to the idea of having a half-sister.

But like I said, I worry, so I wasn’t too surprised when a couple of grad students from Cork University showed up to do some local archeology and opened up a whole can of worms for me and the rest of the family and half my friends.

Still, one of the things I like best about Ireland is that everybody knows everybody else’s business (for the last century or so), but the good part is they sort of look after you. That’s a nice feeling.

And the kitchen is almost ready! 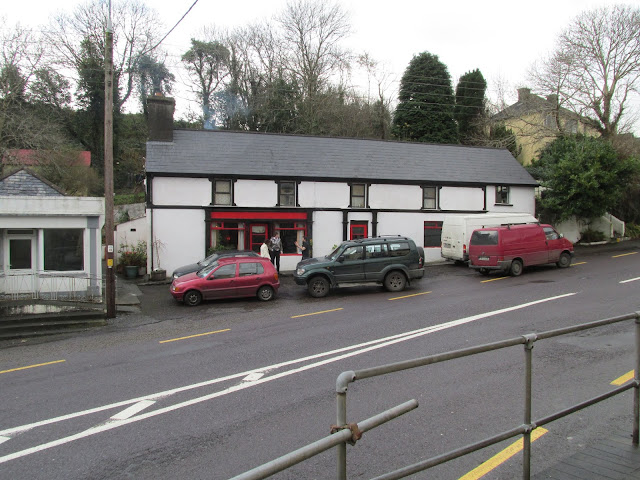 In case you haven't heard, the "real" pub (Connolly's) decided to install a pizza oven in addition to the kitchen, and it just opened.

Would you eat an Irish pizza?