My name’s Ella Bethany, but if you’ve read the RJ FRANKLIN MYSTERY Series by V. M. Burns, you may know me by, Mama B. That’s what my godson, RJ calls me. I’m not one to spend a lot of time talking ‘bout myself, but RJ asked me to introduce myself, so here I am.

Honestly, there’s not much to tell. I was born in Mississippi but moved up north to find a job a long time ago when I was young. Back then, when you got old enough, Black folks moved up north to get work. They had a lot of good factory jobs up north in Detroit and Benton Harbor, Michigan and in St. Joseph, Indiana too. For folks who wanted to work, they could get good paying jobs working for companies like Studebaker, Bendix, and Oliver Farm Equipment. Now, most of those factory jobs have closed and moved down south. At least, that’s what RJ and some of the boys from the Rec Center tell me. My house sits on an alley behind the Southeast Side Recreation Center. Boys from all over the city come there to play basketball. When the weather’s good, I sit on the porch and watch the games and wave at folks as they drive down the busy street in front of the center. I like to cook and sometimes the boys from the center stop and talk and I fix them a plate to eat. Playing ball makes them plenty hungry. I don’t think most of them get enough to eat at home ‘cause they stop by a lot. So, I keep plenty of food in the pantry. RJ says they’re hoodlums and thugs, but I just think they’re hungry. RJ thinks the worst of people because that’s what he sees the most as a cop. But, when you give someone a bite to eat, they talk, and you can learn a lot. Sometimes, I learn more than I want to and sometimes what I learn can be dangerous. Some people just want to gossip and talk nonsense, but some people tell me things that’re important; things they’d never tell a policeman. That’s when RJ comes by so he can find out the true story.

One of my best recipes for getting people to loosen up and talk is my Sweet Potato Pie. If you want people to tell you stuff, just whip up a couple of these pies, and you may learn a lot more than you ever wanted to know.

1.       Preheat oven to 350 degrees F. Place sweet potatoes in a five-quart sauce pan and cover the potatoes with water. Boil over medium heat until the sweet potatoes are soft when poked with a fork (approximately 30 minutes).
2.       Drain potatoes and remove skin and beat with an electric mixer until smooth.
3.       Cream butter and sugar together and add to sweet potato mixture and beat well. Add nutmeg, vanilla, eggs and evaporated milk.
4.       Mix ingredients thoroughly and pour into unbaked pie shells. Bake until the pies are set in the center (approximately 35 to 40 minutes).

Read about RJ Franklin and Mama B's next mystery and get more great soul food recipes in the second RJ Franklin Mystery, MOTHERLESS CHILD, which releases on September 10th. 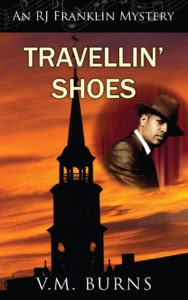 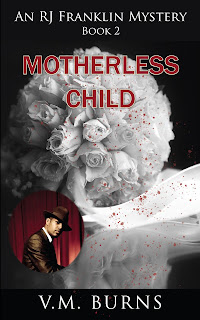