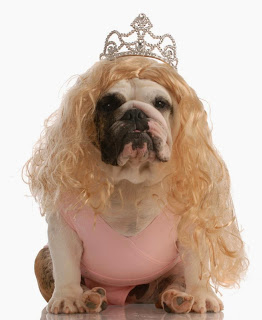 One my favorite fall traditions in Laguna Beach is the long-running annual Pet Parade and Chili Cook-Off. When I say long-running I truly mean it. This year was the twenty-third year for the event!

I've attended every year since I moved to Laguna Beach and I wouldn't miss it for the world. It's a chance for all of us to get out with our pets and mix with our neighbors. This year, over 400 of our neighbors.

And in addition to great fun, the Pet Parade and Chili Cook-off is also a fabulous fundraiser. Over the years it's raised hundreds of thousands of dollars for local charities. Local members of the community contribute items for the raffle and we all bid on them. I have definitely spent more than a few dollars bidding on raffle items!

So, a fun chance to support great charities, mix and mingle with your neighbors, and taste world-class chili. Besides all that, the pets dressed up in costumes are downright adorable. 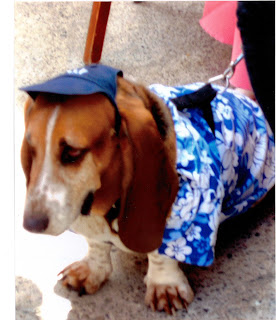 Have I convinced you? I hope so. If I have and you decide to bring your furry family member along and plan to dress them up for the event, I have a few tips for you:
If you do decide to go, I hope you have fun. And I also hope you post photos, I'd love to see your pets dressed up!

They are friends as well as neighbors so they often get together and plot ways to commit murder. (But don't tell the neighbors.)

They love to hear from readers and can be found on Facebook, Twitter, and Pinterest, their favorite social media sites. Also, if you want to make sure you get updates, sign up for their newsletter via the SparkleAbbey.com website.
Submitted by Sparkle Abbey