Have you ever been around one of those people who say there’s something coming or something about to happen? Or you’ve been thinking ‘bout her and she calls at that moment, that instant?
My best friend, Iris Peabody, she’s not one of those psychics or anything, but she does get those weird feelings ever once and a while. The first time we were in third grade. She swore to me how she’d seen a vision of Bobby Peters, the cutest boy in school, kissing me on the old rubber tire that was cemented into the ground on the playground. As soon as the teacher said it was time for recess, I darted out to that playground and perched myself right on top of that tire.
Until…
Bobby Peters himself ran by and pushed me right off, sending me to the ground and breaking my wrist. Boy, was Iris wrong.
Then there was another time when we were in high school and Iris told me she’d had one of them visions where Bobby Peters was going to ask me to prom. When I saw him walk over to our table in the cafeteria, my heart went pitter-pat.
Until…
He up and asked Iris. She went.
It wasn’t until years later, when I’d already gotten married to Richard Butler—making me Bernadette Butler, stay-at-home mom and ex-United States postal worker—and Iris was already divorced from Bobby Peters when she called me up at three p.m. one afternoon. I was getting ready to head on over to the high school football stadium to watch Grady. Oh no, he didn’t play football; he was the Sugar Creek Gap grizzly bear mascot that did get promoted to manager of the team the following year. Still, I went to every game Sugar Creek Gap High School played to watch my boy run up and down the sidelines in the ridiculous bear outfit, waving the high school flag in our very small town of Sugar Creek Gap, Kentucky.
Anyways, back to Iris. Well, she called me right before I was setting out for the game, asking all sorts of questions about Richard and whether I’d talked to him. Her exact words were, “I feel like something is wrong with Richard.” 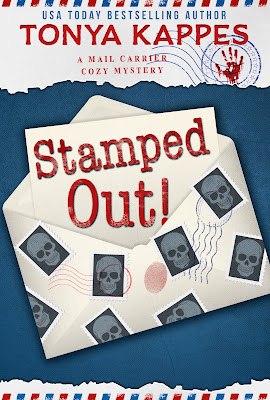 To this day, I still get chills thinking about it.
Iris insisted I call him, but I knew Richard was away on business in our neighboring state of Tennessee, according to the online calendar we shared. There was no reason to bother him, especially when Iris’s little “feelings” had never come true yet.
I was cheering on the cute bear when I noticed the state Sheriff had showed up at the game. It was like a slow-motion scene when I recalled seeing them ask someone a question, and the person had pointed directly at me. The Sheriff officers’ eyes met mine, and my stomach dropped. Iris Peabody’s feeling about my beloved Richard had come true: he had been killed in a car wreck on his way to his meeting.
I’m Bernadette Butler, United States postal carrier. Mom to Grady Butler. Widow. 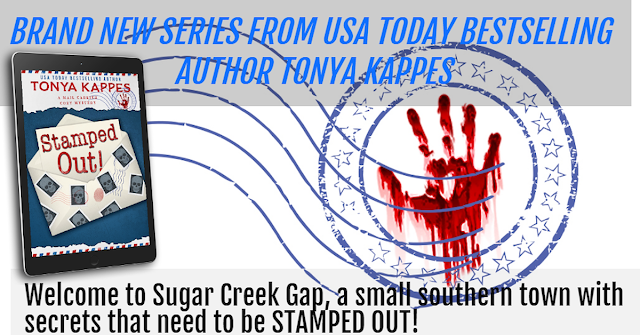 NEW MYSTERY SERIES! Meet the FRONT PORCH LADIES...retired, nothing better to do but sit on their front porches and taking it all in.... They might’ve been witness to a murder!

Do you ever get one of those "feelings"? Or do you know someone who gets them??
Leave a comment and be entered to win a PRINT and SIGNED copy of STAMPED OUT when it comes out on release week!
Submitted by Tonya Kappes