Happy New Year From All The Gang(s) 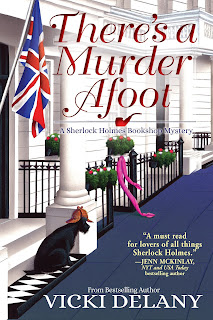 How did it get to be 2020 already? Seems like just the other day we were all worried about Y2K. I worked in the IT department at a big back then and it was a big deal! At least it seemed so although it turned out to be a heck of a dud.

Here’s to a very Happy New Year to all our friends and readers from Merry and Vicky in Rudolph, New York; Gemma and Jayne from West London, Mass; and Lucy and the library gang from Nags Head, North Carolina. They all have more adventures coming in 2020 so I hope you’ll be along for the ride.  Look for There’s a Murder Afoot, the fifth Sherlock Holmes Bookshop mystery on January 7,  the fifth Year Round Christmas mystery, Death in a Winter Wonderland in September, and the seventh Lighthouse Library book, A Death Long Overdue later in the year.
. 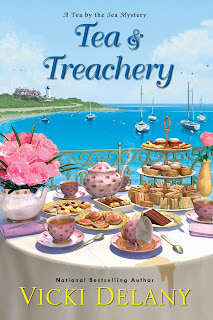 And a happy new year too from Lily Roberts, Rose Campbell, and Bernadette Murphy, who I’m looking forward to introducing you to in July of 2020 in the new Tea by the Sea mysteries from Kensington.