From: THE WISE ENQUIRIES AGENCY MYSTERIES by Cathy Ace


There’s been such a flurry of activity here at the Dower House in recent days that I’ve barely had time to think. Of course, it’s far less frenzied here than it is up at Chellingworth Hall – and I have to say I’m grateful for the fact I no longer have the responsibility of overseeing the Christmas festivities there, which can become rather tiring – but it’s been enough of a discombobulation that I am already looking forward to Boxing Day.

For many people, Christmas Day itself is the highlight, but I’ve always preferred December 26th to December 25th. It’s a time when I feel the true spirit of the season makes itself visible. You see – and I’ll be honest with you here – I’ve always found it nearly impossible to be able to choose Christmas gifts for the family. We live on a 6000 acre estate, have everything (and more) that we could ever possibly need or want, and there’s something so strange about handing  a pair of socks to my son who’s a Duke with an income that seems excessive, despite the fact he spends it all every year on taking care of the Hall and the Estate. But that’s what I have given him every year since he was an infant. Until recently I would make them myself. Now, at the ripe age of eighty, the arthritis in my fingers means I find it difficult to knit, so I have found a local artisan who makes the most jolly patterns, and I purchase them from her.

The giving of a box containing something of value to those who work on the Estate is something we Twysts have done on December 26th forever. Well, we've done it since the late 1600s, which is the earliest mention of it in the family records, in any case. And we haven't been alone in developing and observing the tradition - it's called Boxing Day for that very reason, after all! 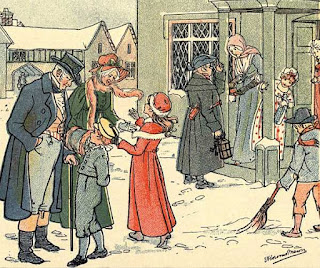 Of course, everyone from the Estate is invited to the Hall on Christmas Eve - before attending midnight communion in the village church - to enjoy a glass of mulled wine and a mince pie or two, but I happen to know it's the gifts we deliver on Boxing Day that are more popular. 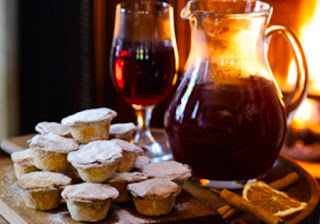 Decades ago, I would put together little boxes filled with useful, and - I hope - thoughtful gifts and deliver them on horseback after the annual Boxing Day hunt. Old Ian would follow me with a small horse-drawn trap, because there were always a considerable number of boxes to be transported.


Nowadays, there's no longer a hunt, of course, and Young Ian drives me from home to home in my beloved old Gilbern motor car. And I have been told people prefer cash, not gifts, so we give them what they want. Even though it’s a lot less picturesque than it once was, I still enjoy the chance to thank everyone for their year of effort on behalf of my family and myself, and I hope it’s a tradition that won’t die out after my time. Henry, my son, comes with me, of course, but he’s not a natural when it comes to delivering thanks with as much warmth as the recipients deserve. I must work harder to make him understand the importance of warmth at this time of year.


So, yes, I am looking forward to Boxing Day. It’s a great British tradition, and we’re a traditional British family…so allow me to wish you and those you love all the best at this time of year, and for the year ahead. 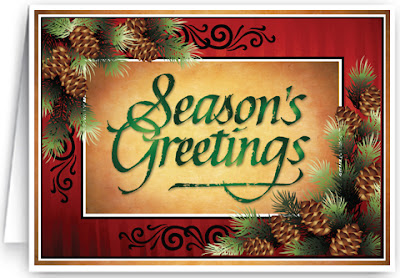 If you'd like to find out more about Dowager Duchess Althea Twyst, the rest of her family or the other women of the WISE Enquiries Agency, you can click through HERE to reach Cathy Ace's website.