We’re all busy in December, but we hope you have time to put your feet up, enjoy a cup of tea or a glass of wine, and read a great cozy mystery.

And hop down to the end to see which book will be today's giveaway! 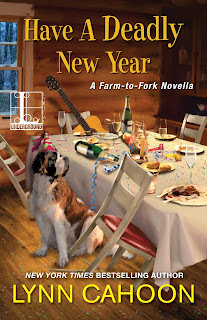 Chef Angie Turner of The County Seat—Idaho’s finest farm-to-table restaurant—is preparing a private dinner in the mountains during ski season, but the trip’s about to go downhill . . .

It’s a rockin’ New Year for Angie and her crew as they cater a bash for a famous band—and as a bonus, they’ll get to stay at the singer’s Sun Valley house for a whole week once the party’s over. But there are hints of discord, and the event hits a sour note when one of the musicians is found with a drumstick in his chest.

Is this a case of creative differences turned lethal or is there another motive at play? Angie’s jumping out of the frying pan and into the fire as she and her fellow foodies try to solve the case before the killer comes out for an encore . . . 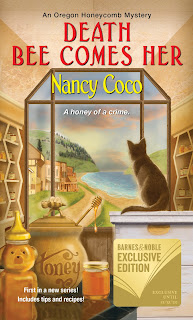 Meet Wren Johnson, owner of Let It Bee - a shop that sells all things honey, from candy to lip balm to candles. Wren lives and works in the small town of Oceanview along the Oregon coast. Her pet cat, Everett is a constant companion. He is a talkative Havana Brown cat who loves to go for walks on a leash.

One day when Wren is walking Everett on the beach, the kitty points Wren to the prone body of Agnes Snow among the dunes. Agnes is the arch-rival of Wren’s Aunt Eloise, and she is definitely dead. The only clue is a label from one of Wren’s handmade lip balms clutched in Agnes’s right hand.
Wren calls 9-1-1 and meets Office Jim Hampton, a Paul Newman lookalike who is suspicious of Wren from the start. Wren is suspect number one in his eyes - and her Aunt Eloise is suspect number two. Wren, along with Everett, must follow the clues to catch the real killer and clear their names. 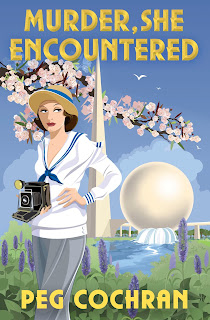 A gutsy Manhattan socialite encounters murder and corruption at the World’s Fair in this captivating historical cozy mystery for readers of Victoria Thompson, Susan Elia MacNeal, and Rhys Bowen.

New York City, 1939. A rising star at the Daily Trumpet, Elizabeth “Biz” Adams has been sent to the World’s Fair—billed as the “World of Tomorrow,” a look toward a brighter future even as the drumbeats of war grow louder—to cover a robbery. What she stumbles upon instead is a dead woman, dumped into the Aquacade’s pool with a nylon stocking wrapped around her neck.

Elizabeth snaps a photo as the police arrest Joey Dorman, a gentle young hot dog vendor who made no secret of his obsession with the murder victim. Even though she’s thrilled that her photo makes the front page, the fear and confusion evident on Joey’s face are haunting. So Elizabeth vows to prove his innocence—or his guilt—with her partner at the Daily Trumpet, Ralph Kaminsky. Meanwhile, her romance with Detective Sal Marino is heating up, and Elizabeth is more determined than ever to follow her heart.

But when Kaminsky’s efforts to expose the real killer land him in the hospital, Elizabeth is forced to continue the investigation on her own. And as she tries to narrow down the long list of suspects, she discovers a dark secret running through the Fair—a secret some would kill to protect. 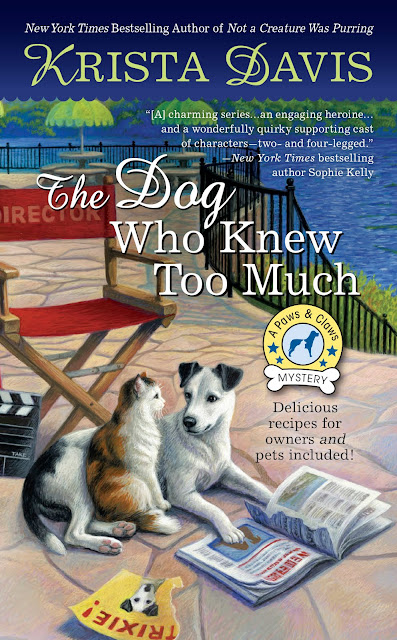 Enter the giveaway by leaving a comment with your email address. US only, please.