Give your love a Valentines Week to Remember - A Writers Retreat 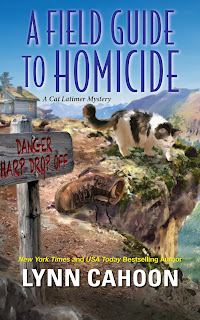 Hey love birds! Do I have a Valentine's Day suggestion for you. Actually, the idea came last fall when we held our hiking retreat - well, Seth planned a day of hiking to start it off. The weird thing was this retreat was filled by two couples. Plus Brodie, he took the Covington College spot. But anyway, I was talking to Shauna about what a great idea it would be to have a couples only retreat.

Yes Seth, there are couples in the English graduate degree program. Maybe not a lot but a few. But anyway, let me tell them my idea. Sorry about that - I should close the office door when I'm being interviewed.

Anyway, I had this great idea to invite four couples to the retreat. Well, five with the free spot we give a Covington student. Wouldn't that be fun? We could have a session on writing when someone's looking over your shoulder. Or co-writing - is it doable without divorce?

Okay, so maybe its not a great idea for all couples, but the two couples that came last fall had a great time. Just go over and read Lynn's accounting of the retreat in A Field Guide to Homicide. She really got the feel of the retreat down this time. Well, and of course, the murder. Too bad it was one of Seth's old army buddies. He wasn't sure how he should feel especially since the man was supposed to be dead already.

Anyway, Shauna's at the door. Dinner's ready and it's Fried Chicken Sunday. Uncle Pete's sure to be down at the table already, unless he got called out on a police issue. Let's just hope it's not another murder.


A Field Guide to Homicide - “The best entry in this character-driven series mixes a well-plotted mystery with a romance that rings true to life.” Kirkus Reviews

Cat Latimer and her writer’s retreat group go on a hiking trip—but a murderer has been lurking off the beaten path . . .

Cat’s sweetheart, Seth, is going all out on an outing into the local mountains—for the benefit of the writing group Cat’s hosting at her Colorado B&B. But when they try to identify some plant and animal life, they find death instead. The body belongs to a man with a gold claim a few miles away. Instead of striking it rich, he’s been struck down.

To his surprise, Seth recognizes the victim from his military days—and up to now believed he’d already died during his last tour of duty. Now Cat has to solve this mystery before the killer takes a hike . . .

Lynn Cahoon is the award-winning author of several NYT and USA Today best-selling cozy mystery series. The Tourist Trap series is set in central coastal California with six holiday novellas releasing in 2018-2019. She also pens the Cat Latimer series available in mass market paperback. Her newest series, the Farm to Fork mystery series, released in 2018. She lives in a small town like the ones she loves to write about with her husband and two fur babies. Sign up for her newsletter at www.lynncahoon.com
Submitted by Lynn Cahoon