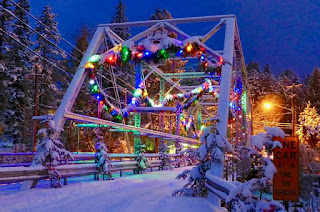 This is a quiet time of year. The decorations are down, the snow is piling up, the snowbirds have flown the coop, and the tourists are safely at home, planning their trips to Glacier National Park and Northwest Montana for summer, when the skies are not cloudy all day. But you wouldn’t know if from the Law Log.

A Pondera man said someone was trying to scam him but he wasn’t sure exactly how.

A dog was chasing ducks in the park.

Someone in New York accidentally called law enforcement in Pondera.

A Good Samaritan picked up a drunk guy at a local bar and was going to give him a ride to a nearby home. However, no one was home and he wanted advice on what to do with the drunk in his car.

A man was walking down the side of the highway. When a sheriff’s deputy stopped to check if he was okay, the man said yes, but he was sad that he had missed the bus. 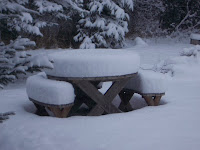 An inmate in the state prison, three hundred miles away, called local to make sure Wayne wasn’t at his house. He was unable to identify Wayne.

A rural resident was sick and tired of people plowing snow into his driveway.

A Jewel Bay man wanted help taking an old bus to the dump.

A man called from the downhill ski area to complain that security kicked him off the property because he was trying to build and reside in an igloo.

Just another day in Paradise! What’s new in your neck of the woods?

Leslie Budewitz is the author of the Food Lovers’ Village Mysteries and the Spice Shop Mysteries, and the winner of Agatha Awards in three categories.  Death al Dente, the first Food Lovers' Village Mystery, won Best First Novel in 2013, following her 2011 win in Best Nonfiction. Her first historical short story, "All God's Sparrows," won the 2018 Agatha Award for Best Short Story. A past president of Sisters in Crime and a current board member of Mystery Writers of America, she lives in northwest Montana with her husband, a musician and doctor of natural medicine, and their cat, an avid bird-watcher.