From the time my mama brought me home from the hospital to the time I turned seventy years old, I knew I was born to be on stage. Now I got my time to shine. 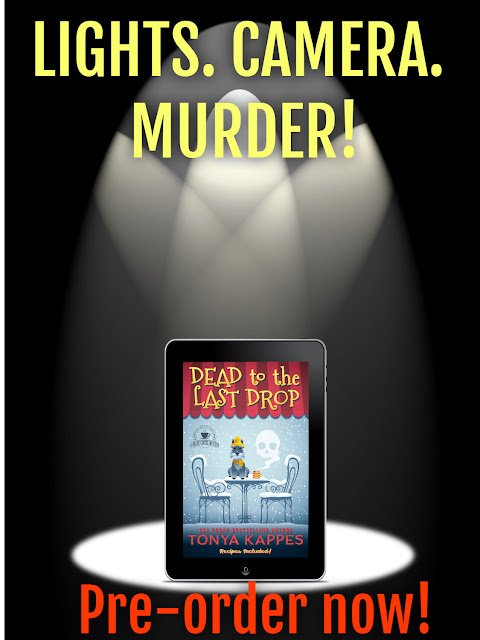 Albeits the Honey Springs Theater Group, but a stage all the same and it comes with big spotlights.
Underneath one is exactly where I was going to shine.

Now I have to say that I never in a million years thought Loretta Bebe, Low-retta if you heard her say her own name, would've picked me as the lead in her romantic play, but she was able to put our differences aside because Loretta knew talent when she saw it. And I was that talent.

Low-retta went and got a big head and decided to call in a favor to some big producer friend of her's. All would've been fine and dandy if some B-Class actress hadn't called in her own favor from the producer Low-retta had called in. . .leaving me with a piddly little part to play.

With big time producers and actresses come big time newspaper reviewers, which stirred up some problems and arguing between everyone before the producer could yell ACTION!

I figured I was going to cause a scene at our first rehearsal during my part since all eyes would be on me, but all eyes were on the sandbag that'd fallen on. . .oh dear, there seems to be a murder was committed!

People owing people favors. People upset with a killer on the loose. I can't tell heads nor tails of the situation but I think I'll just keep my mouth shut and go have me some coffee at The Bean Hive while I pay real close attention to the gossip.

After all, my dear close friend, Loretta Bebe was named the number on suspect. It would be a crisis if Loretta was sent to prison...she'd never make it.

Does your town have a local theater? Tell me in the comments and be entered to win an ebook copy of HOLIDAY ROAST MORTEM, the last book Tonya Kappes wrote about me! 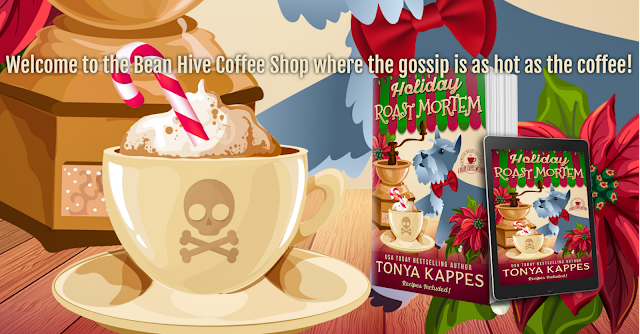 Be sure to join me everywhere!!


I want to invite everyone to join the TONYA KAPPES group page. If you are not already a group member you can join at https://www.facebook.com/authortonyakappes/


Join the Mailbox Love where I send snail mail and birthday cards! Click here or https://forms.gle/qvFA2iFMxQuDsXHq5


Be sure to check out my web page for up to date information on all my books as well as a complete list of books in order at tonyakappes.com