Here are the new cozy mysteries from the Killer Characters 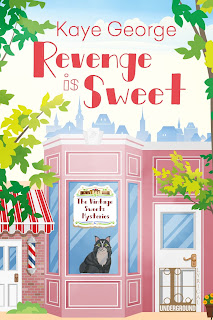 In the picturesque tourist town of Fredericksburg, Texas, Tally Holt has opened a new candy store with a vintage twist . . .but there’s no sugar-coating a nasty case of murder . . .

Tally Holt has poured her heart, soul, and bank account into Tally’s Olde Tyme Sweets, specializing in her grandmother’s delicious recipes. Tally’s homemade Mallomars, Twinkies, fudges, and taffy are a hit with visiting tourists—and with Yolanda Bella, the flamboyant owner of Bella’s Baskets next door. But both shops encounter a sour surprise when local handyman Gene Faust is found dead in Tally’s kitchen, stabbed with Yolanda’s scissors.

The mayor’s adopted son, Gene was a handsome Casanova with a bad habit of borrowing money from the women he wooed. It’s a sticky situation for Yolanda, who was one of his marks. There are plenty of other likely culprits among Fredericksburg’s female population, and even among Gene’s family. But unless Tally can figure out who finally had their fill of Gene’s sweet-talking ways, Yolanda—and both their fledgling businesses—may be destined for a bitter end . . . 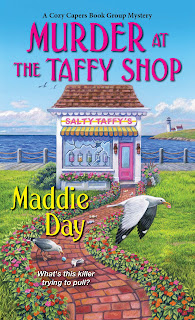 
Mac’s friend Gin has found herself in a sticky situation. After wealthy genealogist Beverly Ruchart is found dead outside Gin’s taffy shop, the candy maker becomes a person of interest. When it’s revealed that Beverly was poisoned the night Gin brought a box of taffy to a dinner party at Beverly’s house, Gin is bumped to the top of the suspects list. It’s up to Mac and her Cozy Capers Book Group crime solvers to unwrap this real-life mystery. But this time they might have bitten off more than they can chew . . . 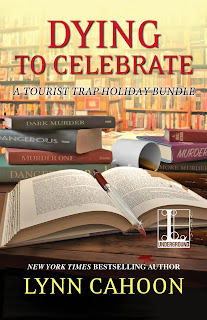 Jill Gardner, owner of Coffee, Books, and More, knows better than anyone that Sunny South Cove, California, is the picture-perfect place to spend the holidays-solving murders . . .

ROCKETS' DEAD GLARE
When the local volunteer fire chief is found buried in ashes, Jill will have to work quickly to nab a killer with a short fuse-or else everyone's Fourth of July will end with a fizzle . . .

A DEADLY BREW
Jill and her friends gather for an overnight Halloween fright fest in an abandoned house. Sounds like fun until a ghost makes contact with Jill IRL.

SANTA PUPPY
Jill Gardner has volunteered to host a Christmas adopt-a-pet party at Coffee, Books, and More. But when a dog owner mysteriously dies, it's up Jill to play Santa's Little Crime Solver . . . 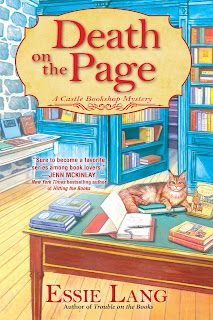 There are a thousand stories in New York’s scenic Thousand Islands, and Bayside Books co-owner Shelby Cox stocks them all. But lately, life is more about investigation than inventory.

When a visiting author’s body turns up in a secret passage in Blye Castle, Shelby’s seasonal location, she’s pulled into the puzzle of how a murderer could have reached the island after hours. And she’s not at a loss for suspects.  Can Shelby assemble the clues into a hard-bound case without getting permanently shelved?