When Late and Early Mean the Same Thing 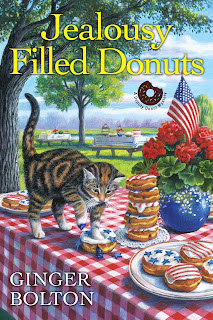 Every so often, nature teases us with a rise above freezing temperatures, so here in Fallingbrook, Wisconsin, we're beginning to feel that spring might actually be on its way.

And then . . . another blast of cold air and snow flurries hits.

My friends and I spend our weekday mornings in Deputy Donut, a donut and coffee shop run by the delightful Emily Westhill and her father-in-law, Tom Westhill, who retired after being Fallingbrook's police chief. My friends and I eat donuts and drink tea and coffee. We also knit, gossip, and laugh.

A group of retired men sit at the next table and tease us about knitting and just about everything else. We have been known to point out to them that knitting is at least doing something . . .

On Friday, Curly called across to us, "Hey, why's it called Daylight Savings Time when we're not saving anything? We're losing an hour of sleep!"

All of us muttered about getting up early starting yesterday, Sunday. Priscilla pointed out, "We don't have to. We're all retired."

We warned Emily and Tom about our plans, and they were fine with it.

So today, by the clock we were all late this morning, but according to our internal clocks we were all early, so that's how all of us were both late and early.

I'm looking forward to summer. We had some adventures here last Fourth of July. You can read about them in JEALOUSY FILLED DONUTS. 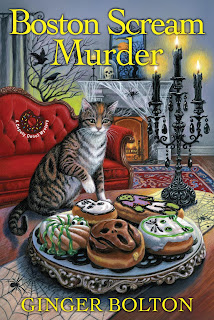 And everything will be fine at Halloween, too, although it appears that there will be another book about us. Uh-oh. What could possibly go wrong?


Are you a fan of changing back and forth from Standard Time to Daylight Savings Time? Comment below for a chance to win a signed copy of JEALOUSY FILLED Donuts by Ginger Bolton.