#giveaway Take Your Pick of all the Cait Morgan Mysteries!

Hello there! If we've already met, or even if we haven't, it's nice to be here. I'm on a sabbatical from my usual role as a professor of criminal psychology at the University of Vancouver at the moment, and it's good to have a bit of a chat.

It won't be long before I can share my most recent adventure with you all. The Corpse with the Crystal Skull will give me a chance to tell you what I've been up to recently in Jamaica, a place I loved - well, except for the tragedy that happened just before the end of my time there. But, before that (the book comes out in June), I thought you might like the chance to catch up on my previous trips to other places around the world.

Yes, it does seem that whenever I leave home I encounter a corpse and a puzzling murder mystery that I have to solve, but, if that's the sort of thing that engages you, you might want to take this chance to travel to a part of the world that appeals to you...or just jump in at a point in my story you've missed.

Either way, now's the time to do it, because I'm sure you'll want to be up to date with my thrilling trips before I give you the inside story about The Corpse with the Crystal Skull.

So, do you want to be there when I first met Bud Anderson, which I talk about in one of twelve short (and not so short) stories in this book? 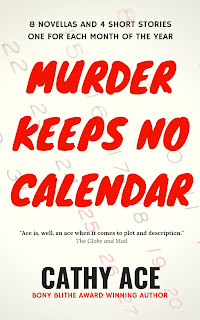 Or what about the trip I took to Kelowna, to celebrate a birthday, which ended up being anything but a fun party, in this collection? 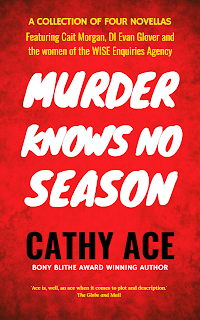 Or maybe you can join me in the south of France where I encountered The Corpse with the Silver Tongue? He was a horrible man I used to work for, who dropped dead into a plate of escargots over dinner one evening...and I was a possible suspect! 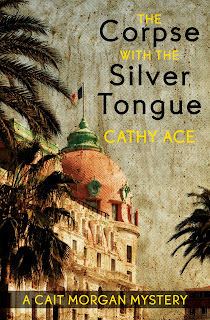 Or what about the time Bud and I dashed off to British Columbia's wine country to support the sister of an award-winning vintner, The Corpse with the Golden Nose, who believed her sibling couldn't possibly have committed suicide? 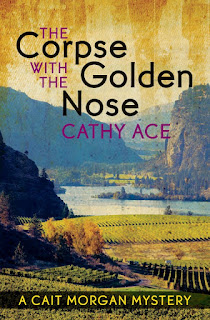 Maybe you'd like to know what I found out about Bud's secret past when he was arrested for murdering a locally admired woman in Pacific coastal Mexico, in The Corpse with the Emerald Thumb? (He didn't do it, of course, but I had to find out who did to save him.) 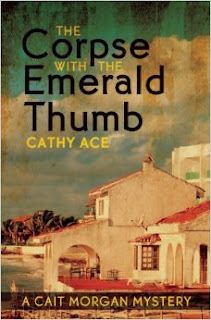 Or maybe you'd prefer a quick trip to Vegas? We were lucky enough to be invited to the private restaurant of a casino owner for dinner...though it wasn't lucky for her because she ended up dead. And she wasn't the only one, as you'll find out in The Corpse with the Platinum Hair. 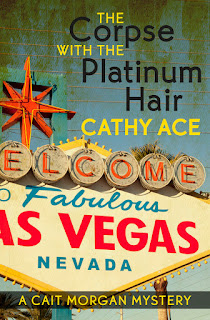 Despite the disaster in Vegas, Bud and I headed off to Wales to get married, but our wedding plans were upended by the discovery of The Corpse with the Sapphire Eyes. 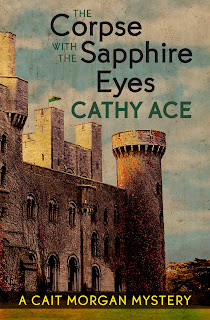 Then we finally managed to get away on our belated honeymoon of a Hawaiian cruise. It was quite an adventure, and not at all the trip back to Canada we'd expected, all due to The Corpse with the Diamond Hand. 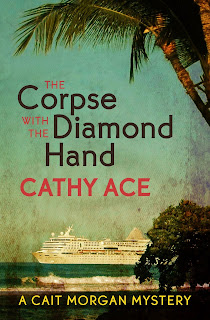 Bud's surprise to learn he had an uncle his mother had never told him about was matched by the astonishment we both felt when we traveled to Amsterdam to fulfil the last wishes of The Corpse with the Garnet Face. 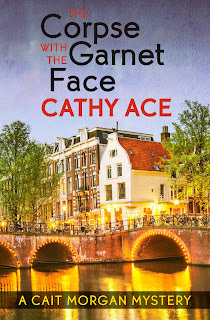 And when I went to Budapest to deliver some lectures I found myself in great danger...though I was oblivious to its nature for some time, because I was tackling a cold case involving The Corpse with the Ruby Lips. 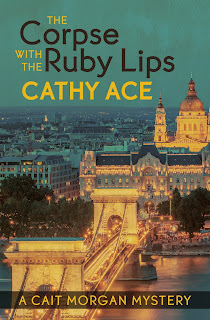 So, come on...who wants in? You get to choose. Just follow the instructions below. I hope to see you soon! Cait x

(PS: If you want to, you can find out more about my adventures BY CLICKING HERE.)

You can win a print or electronic copy of any one of the books listed above. All you have to do is comment on this blog post and tell me the place you wish you could visit RIGHT NOW (yes, we're all missing the chance to travel, but there's no reason why we can't do it while remaining in our safe-at-home armchairs!). Don't forget to include an email address where you can be contacted if you win.

You need to comment before midnight EST on Saturday 25th April 2020. Then one name will be drawn from the imaginary hat.

That person will be contacted, and they can choose a print or electronic copy of any one of the books listed above.

All print books have been "in quarantine" for the past four weeks. Your signed choice of book will be packaged so that it is sanitary inside the outer envelope. It will be mailed from Canada to your home ANYWHERE IN THE USA OR CANADA, but you might have to wait a little while for it to arrive!

Alternatively, if you'd prefer a digital version of the title of your choice, you can tell me that when we exchange emails.