Could it be that spring is finally on it’s way? Whether it is or not, we have some good reading for you in April 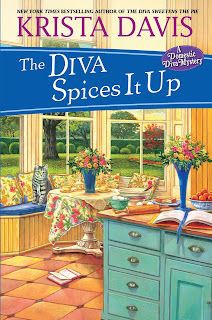 
New York Times bestselling author Krista Davis delights with the 13th in her enormously popular and completely charming Domestic Diva Mystery series. When a celebrity ghostwriter dies on the job, it's up to Sophie Winston, Old Town, Virginia's favorite entertaining expert and sporadic sleuth, to whip up an impromptu investigation...

Sophie never considered ghostwriting as a side gig, until former actress and aspiring lifestyle guru, Tilly Stratford, trophy wife of Wesley Winthrope, needs someone to write her celebrity cookbook. Sophie agrees, hoping she'll earn enough bread on this assignment to finish her bathroom renovations. But as it turns out, Sophie isn't the first foodie to get a taste for recipe ghostwriting, and if the marginalia are any indication, this project could be a killer...
Wesley claims professional ghostwriter, Abby Bergeron, suddenly abandoned Tilly's cookbook with no warning. But Sophie quickly discovers that Abby may be more ghost than writer now...and her disappearance was no accident. So Sophie cracks open a fresh investigation but sifting the seasoned murderer from this sampling of salty suspects won't be easy. Will Sophie savor another case closed or will the culprit simply melt away? 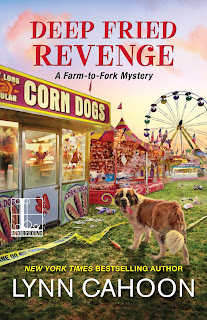 Angie Turner is all prepped to face Boise’s culinary best when she enters her restaurant, The County Seat, into a big State Fair challenge. Instead, she gets dunked into a new murder investigation after a killer starts scrapping her competition . . .

The Idaho State Fair is in full swing and chefs are lining up to enter Boise’s Best Restaurant contest, including Angie and her County Seat crew. They might be the hometown favorite, but the competition is steeper than a funhouse floor. And when a top contender is felled following a heated confrontation over a corn dog recipe, winning suddenly becomes a matter of life or death. With a foul foodie on the prowl, it’s up to Angie to dig into the case and put a murderer on ice.