Just Because He's Dead Doesn't Mean He's Not My Mentor 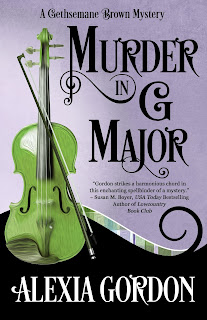 Dia duit! I’m Gethsemane Brown. If you’re a classical music fan, you may know who I am. Chances are, however, you think classical music is stuffy and boring or only suitable for Bugs Bunny soundtracks. That’s okay. Many people feel that way. I take no offense, but I hope you’ll give it a chance. Exciting things are happening in the classical music world. I’ll let you in on a secret. No one will throw you out of the theater for clapping in the “wrong” place. There is no “wrong” place. Don’t listen to the snobs. If they give you side-eye for showing your enthusiasm, blow ‘em a kiss, then lean back and smirk as they clutch their pearls. Classical music can be subversive, given a chance.
Back to who I am. As I said, I’m a musician. A professional musician. I’ve even won some performance awards. I play several instruments, including the violin, my primary. I also conduct. Call me Maestra, with an “a.” I’m moving into composition. I have help in that department from my idol, the brilliant composer, Eamon McCarthy.

“Eamon McCarthy?” you classical music fans exclaim, “Isn’t he dead?” Technically, yes, he is. He and his wife were murdered a quarter of a century ago. So, how is a dead composer helping me? Am I studying recordings of his works, the way painters study the paintings of long-dead masters? Yes, I’m doing that. Have I discovered some unfinished work of his that his estate has allowed me to complete? Yes, that too. But that’s not all. Eamon McCarthy, himself, is mentoring me. You’re puzzled. How’s that possible? His ghost haunts my cottage. Rather, I live in his cottage, which he’s haunted since his tragic death. It’s a long story. Alexia Gordon, the author, published an account in Murder in G Major. Read it and you’ll get all the details of how I ended up living in a haunted cottage in southwestern Ireland. Oh, you’ll also find out how I proved Eamon was murdered and how I was nearly murdered myself.

Anyway, back to the music. I should be getting back to my lesson plans for the upcoming school term—I’m the music director at the local boys’ school—but the pandemic has upended the education system… That’s a story for another time. Until then slán.

What skillset are you working to expand? Do you have a mentor who's helping you? Tell us in the comments!